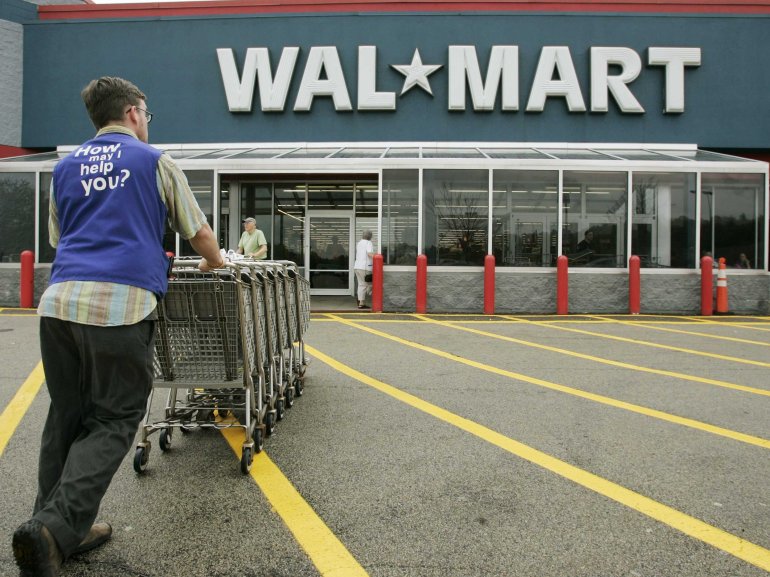 Walmart is closing 269 stores and laying off thousands of employees.

The closings include 154 locations in the US — 102 of which are the company’s smallest stores, called Walmart Express, which have been in pilot since 2011.

Walmart is closing the stores to shift resources to Walmart’s Supercenters and smaller-format Neighborhood Market stores.

The company said it would try to place laid-off employees at other Walmart stores.

Employees who aren’t hired by nearby locations will get 60 days of pay and severance if eligible, as well as résumé and interview skills training, the company said.

« The decision to close stores is difficult and we care about the associates who will be impacted, » Walmart CEO Doug McMillon said in a statement. « We invested considerable time assessing our stores and clubs and don’t take this lightly. We are supporting those impacted with extra pay and support, and we will take all appropriate steps to ensure they are treated well. »

Walmart hasn’t yet released a list of the locations that will be closing. The company will provide that information at about noon Friday. Walmart has more than 11,000 stores worldwide, including 4,655 stores in the US.

The retailer said it still planned to open more than 100 US stores in the next year, including 50 to 60 Supercenters, 85 to 95 Neighborhood Markets, and seven to 10 Sam’s Club locations. Internationally, Walmart plans to open 200 to 240 stores within the next year.